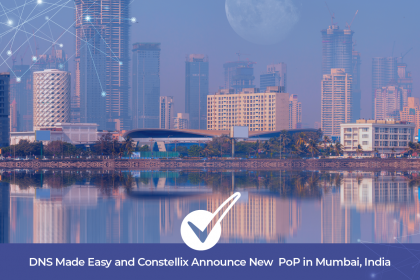 Constellix and DNS Made Easy deployed a New PoP in Mumbai, India at the GPX Mumbai2 data center, adding to the world’s largest authoritative DNS network.

May 12, 2021 — DNS Made Easy and Constellix, the industry leaders of global DNS solutions, announced back in February the deployment of their latest point of presence (PoP) in GPX Mumbai, India. This successful deployment of a new PoP in Mumbai will serve the 1.4+ billion citizens of India and the surrounding countries.
“This additional capacity will be added to the already massive 500+ Gbps worldwide network that is dedicated to Authoritative DNS services,” says Steven Job, President of DNS Made Easy and Constellix.
With this new PoP deployment, DNS Made Easy and Constellix will have direct connections to the major transit providers in the region as well as direct connectivity to the largest peering exchange in India. Having surpassed 3,000 different peering networks in September of 2020, parent company Tiggee LLC continues to increase speeds and resilience by providing more peering for cost-effective, efficient network traffic exchange.
Third-party speed comparison sites, such as SolveDNS, have continuously reported DNS Made Easy and Constellix at the top in speeds as compared to other major managed DNS providers across the world month after month.
With over 560 million internet users, a 2019 report showed India as the second-largest online market in the world, ranked only behind China’s 854 million users. It was estimated that by 2023, there would be over 650 million internet users in India. Its government’s Digital India initiative, coupled with the already surging digital population in both India’s rural and urban areas, resulted in a leap to approximately 688 million active internet users, exceeding the initial 650 million estimation. This PoP deployment will facilitate optimal speed for the regional end-users.
Mumbai is one more region of the world where DNS Made Easy and Constellix is now #1 in speeds, redundancy, features, and price with a guaranteed 100% uptime.

About DNS Made Easy
DNS Made Easy (DNSMadeEasy.com) is a subsidiary of Tiggee and a world leader in providing global IP Anycast enterprise DNS services. DNS Made Easy implemented the industry’s first triple independent Anycast cloud architecture for maximum DNS speed and DNS redundancy. Originally launched in 2002, DNS Made Easy’s services have grown to manage hundreds of thousands of customer domains, receiving more than 80 billion queries per day. Today, DNS Made Easy builds on a proud history of uptime and is the preferred DNS hosting choice for most major brands, especially companies that compare the price and performance of enterprise IP Anycast alternatives. DNS Made Easy is located at 11490 Commerce Park Drive Suite 140, Reston, Virginia 20191 USA.

About Constellix
Constellix (Constellix.com) is a subsidiary of Tiggee LLC, the creators of DNS Made Easy, and the world leader in providing global IP Anycast enterprise DNS services. Constellix is the only traffic-management solution built for the cloud that combines DNS management with monitoring solutions. Constellix DNS is the most powerful and precise DNS query-management platform, fully integrated with the Sonar monitoring platform. Users can quickly change routing configurations based on the analysis from Sonar alerts. Constellix Sonar has integrated tools that offer a range of advanced monitoring features including performance optimization, troubleshooting, real-time logging, and alert management built for teams. Constellix is located at 11490 Commerce Park Drive Suite 140, Reston, Virginia 20191 USA. 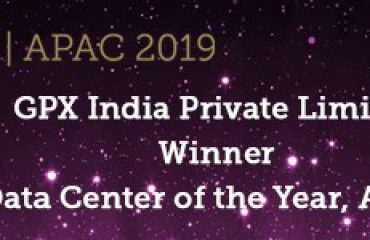 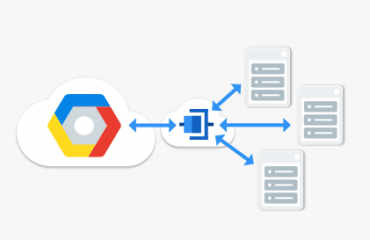 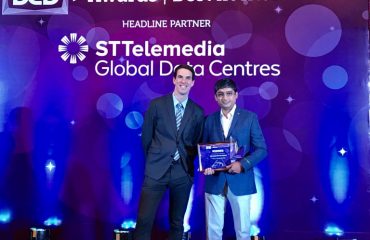